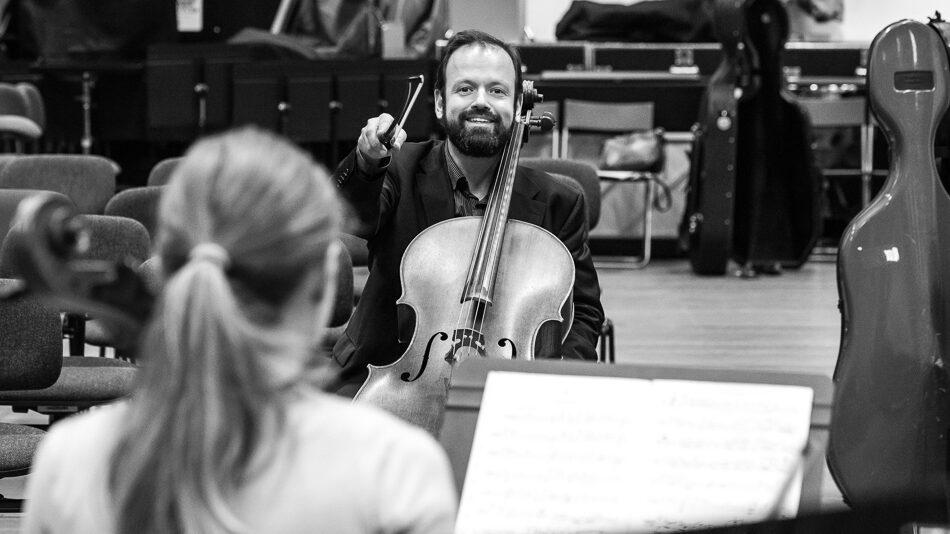 From 16 – 20.02.2022 a masterclass with Alexander Gebert, professor for cello from the Musikhochschule Detmold, will take place within the Erasmus+ exchange programme.

Alexander Gebert was born in Warsaw in 1977 into a family of musicians who emigrated to Finland in 1980. At the age of five he began his cello studies at the Turku Conservatory. In 1989 he was accepted at the Sibelius Academy in Helsinki, between 1995 and 1998 he studied at the Warsaw Chopin Academy and then at the Conservatoire National Supérieur de musique de Paris and the Stuttgart Musikhochschule.

He regularly gives master classes in Finland, Germany and Poland. He has taught chamber music at the Konservatorium Wien Privatuniversität, Accademia di Musica di Pinerolo and the Fondazione Accademia Internazionale di Imola “Incontri con il Maestro” and has given master classes at conservatories, universities and festivals in Finland, Poland, Russia, Holland, Italy, Albania, Denmark, Mexico, New Zealand, Korea, Hong Kong and the USA. In 2010 he was appointed professor at the Hochschule für Musik in Detmold. Since 2021 he has also taught at the Krzysztof Penderecki Academy in Krakow.