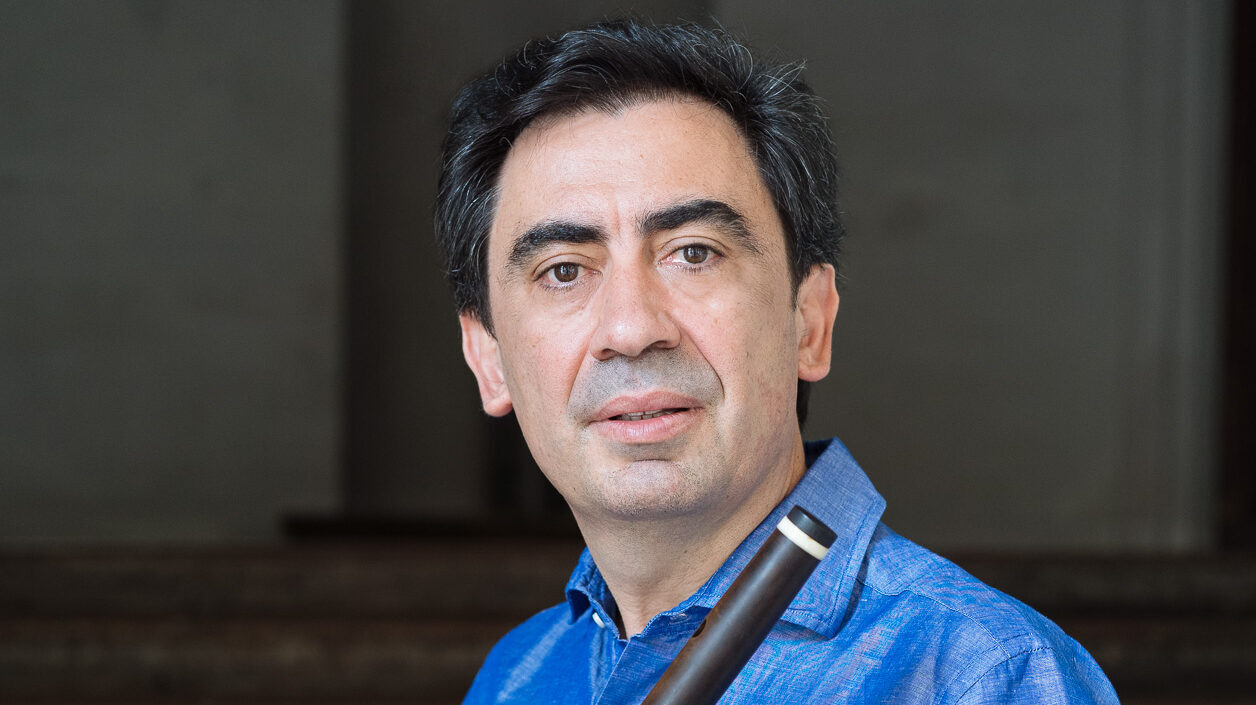 From 23 to 25 February 2022, the Conservatory will host the master class of Marcello Gatti, professor of transverse flute at the University Mozarteum Salzburg, as part of the Erasmus+ exchange programme.

Marcello Gatti studied early music in Italy and, under the guidance of Barthold Kuijken at the Royal Conservatory of The Hague (Netherlands), graduated with distinction in 1997. Since then, he has given concerts all over the world, performing a vast repertoire of Renaissance, Baroque, Classical and Romantic transverse flutes with some of the most renowned and specialised chamber and orchestra ensembles in the field: Zefiro, Europa Galante, Accademia Bizantina, Le Concerts de Nations, Amsterdam Baroque Orchestra, Ensemble Aurora, Il Pomo d’Oro, Hofkapelle München, L’Orfeo, Cantus Cölln, Attaignant Consort, Tafelmusik and others.

He has participated in more than 70 record productions with early instruments. After teaching for several years at the Hochschule “Felix Mendelssohn” in Leipzig (D) and in some Italian Conservatories, he has been teaching at the University Mozarteum in Salzburg (A) since 2014 and at the Accademia Chigiana since 2021.